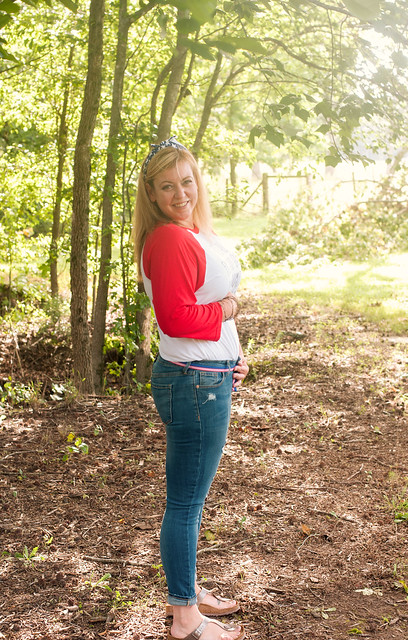 ‘Cause I just can’t leave you hanging like that!

We’ve gotten tons of questions (…and OMGs…and ‘Y’all are crazy’…and ‘Oh, hell no!’) from people we know so I thought I would just answer them all in one place.

Uhm, NO. No no no no. We’re not even really sure of my due date–we have no idea when this baby was conceived! (We think it’s November 13-21st. But because of my hereditary preeclampsia my other two bio babies were born at 37 weeks, 5 days so we’re thinking right after Halloween for this one.)

C. was finished with kids. I was open to adopting again when Lawson was 3 or so, but we were mostly likely (definitely?) finished with kids. For sure we were done with having kids from my body though. 100% finished with that. (And let me assure you: C. has now taken medical steps, ahem, so that he will no longer be fathering any babies with Ms. Fertile Myrtle over here. And I’ll leave it at that.)

Yes, yes, I did (again, totally not planning on having another baby). I’m not so much worried about extra skin–I’m a 36 year old woman–who DOESN’T have at least a little extra skin at this age?! (I feel the same way with stretch marks–who cares!)–but I am *super* worried with how my muscle repair will hold up (not only with pregnancy but with a repeat c-section as well). I had a 5″-ab separation (y’all, that’s over the width of my hand!) that was sewn back together last June–there’s a strong chance that all the dissolvable stitches the doctor used are still there. I had to interview 19 OB-GYNs (my friend who delivered MM and Lawson has retired from delivering) to find just one that had done a c-section on a woman who had a muscle repair in the past. Thankfully this doctor has done three (and he’s been in practice over 30 years–that’s how rare this is). My plastic surgeon says my muscle repair is the strongest part of my body right now since it’s held together with stitches so something else will have to give/stretch/tear. Due to a kidney surgery I had twenty years ago I have a shredded left oblique muscle (the muscles that run along each side of your abdomen) and whenever I would eat before I got pregnant my stomach (my literal stomach) would poke out about the size of a baseball through the shredded muscle until my food digested. It was freaky and honestly kept me from eating large meals because it was uncomfortable (and gross looking now that the rest of my stomach was flat). Well, I’m 21 weeks now and it pokes out like I’ve eaten an all you can eat buffet 24/7 (like, that corner of my upper stomach is larger than my baby bump most days). I assume I will have to have a muscle repair (it can’t be stitched together because it’s shredded so I’m thinking some sort of mesh?!) on that section and I don’t even want to think about–the ab muscle repair was the worst pain of my life (hands down, no joke) and you use your obliques for everything. Yep, not even going there.

Gosh, I guess like almost 9 weeks?! It was crazy! I’ve mentioned before that I have PCOS and two of the side effects of that is crazy periods and cysts. And the older I get the more my cycles get off (#closertomenopause) so it didn’t really concern me that I hadn’t had a period in six weeks…or eight weeks. The only reason I even tested was because I could tell I had a rather large cyst and I knew I needed to call my doctor and get a prescription for Provera which would force my body to have a period and “fix”/restart my hormones/cycle and would get rid of the cyst. But before my doctor will ever call in a prescription she makes me take a pregnancy test (which was always salt in a wound when we were trying so hard for baby #2 for FORTY-NINE cycles, ahem) so on a random Tuesday afternoon I grabbed a $3 test at Target so I could test real quick and get a prescription called in.

Imagine my utter shock/disbelief/amazement when the thing turned positive before I even put the cap back on (we’re talking less than 5 seconds!). For years I have stared at pregnancy tests wondering “Is that a line?” because I would test before my period was due. Well, y’all, when your period is five weeks late that second line appears REAL QUICK.

Weight loss and low carb. There is NO question in my mind that Keto (low carb) and the subsequent weight loss gave me my fertility back. I’m having two babies in two years without trying at all (at all!) because I found a way of eating that works for this body that has PCOS with insulin resistance. If you have PCOS and are trying for a baby I can’t tell you enough how much I recommend Keto. It’s worked for me…twice.

Well, for that you’ll have to wait until Friday. 😉

3 Responses to The Whole Story of Baby #4