I posted a couple of weeks ago that my darling, but slightly strange, youngest (for 8 more weeks or so, ha!) kiddo turned two.

Whenever I plan a birthday party for a child that’s too young to tell me their opinion I try to do a theme with their favorite thing.

With Lawson his theme was a no-brainer. He LOVES junk with all his little heart. He has an innate sixth sense of knowing exactly where anyone’s junk drawer is in their home. And if he is awake there is a 100% chance he’s carrying around some random object in his little hand. His favorites? Flashlights, tape measures, phone chargers, and any sort of spray bottle. 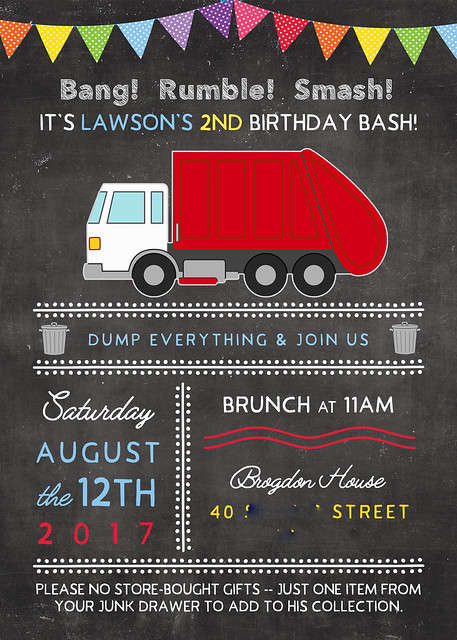 His invitations came from here.

We chose to do rainbow colors with the decorations and we chose to do brunch because Lala LOVES him some breakfast food (Momo had a breakfast-themed third birthday party himself because he was such a breakfast fan too, by the way). 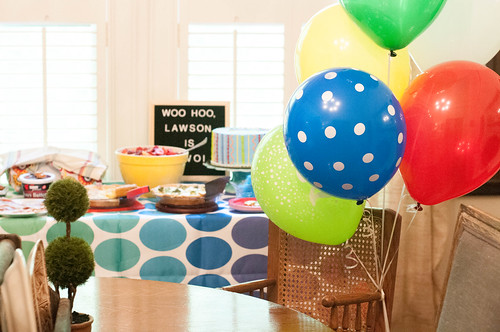 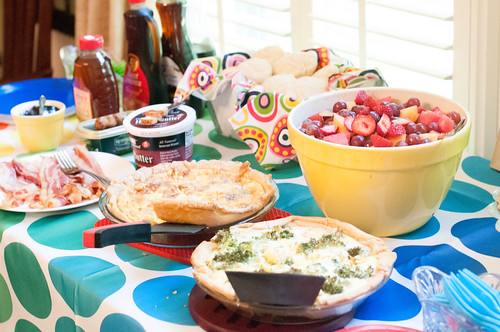 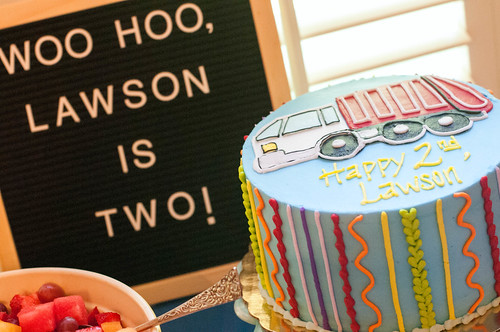 His cake matched the invitation and was made by a local bakery that has done our cakes for years. 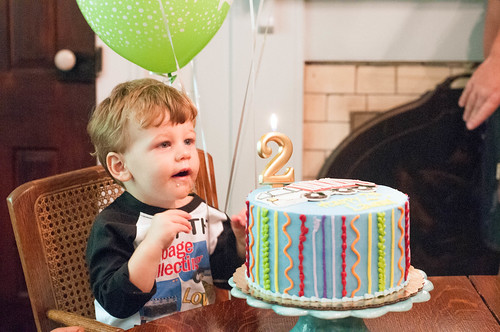 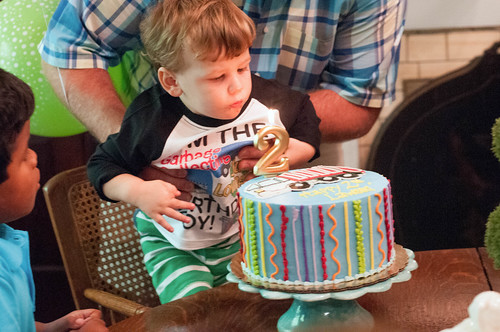 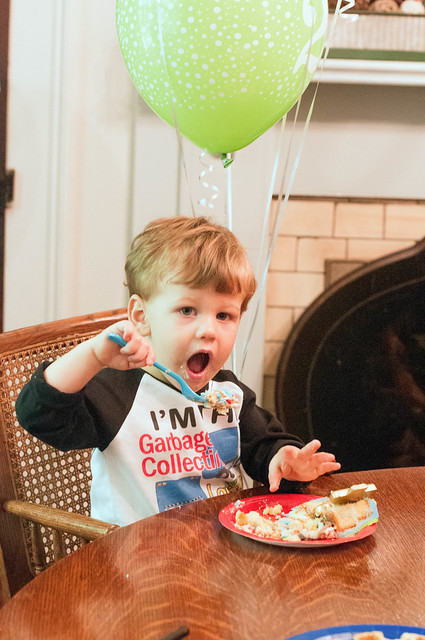 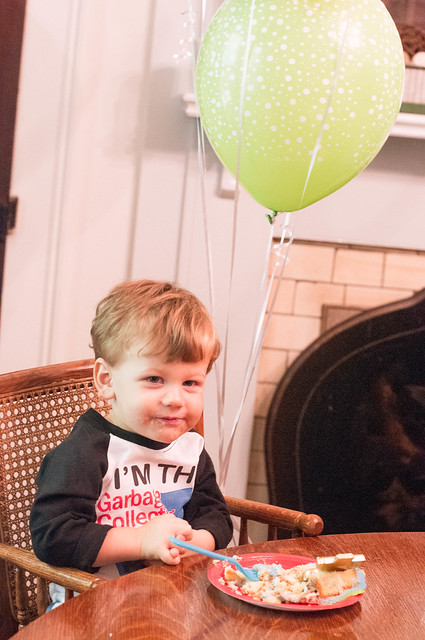 We asked for no store-bought gifts because other than some loveys, Lala doesn’t play with toys. And y’all, he was so cute opening all his little junk “gifts”. He ooh’d and aah’d and held on tight to each napkin ring, set of tongs, feather duster, or paint brush. 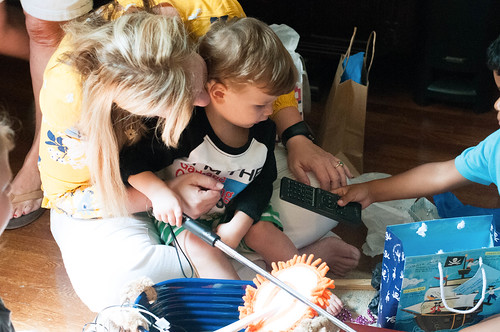 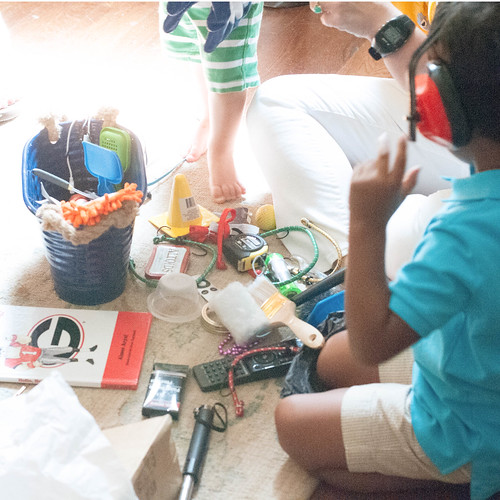 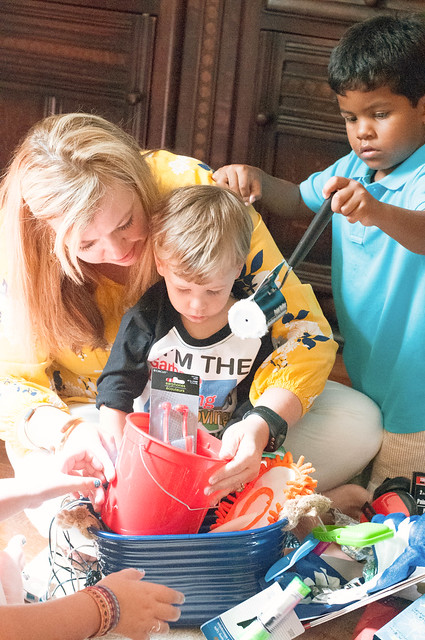 I didn’t get any great pictures of his shirt but it says, “I’m the Garbage-Collecting, Junk-Loving Birthday Boy!” I found it here. 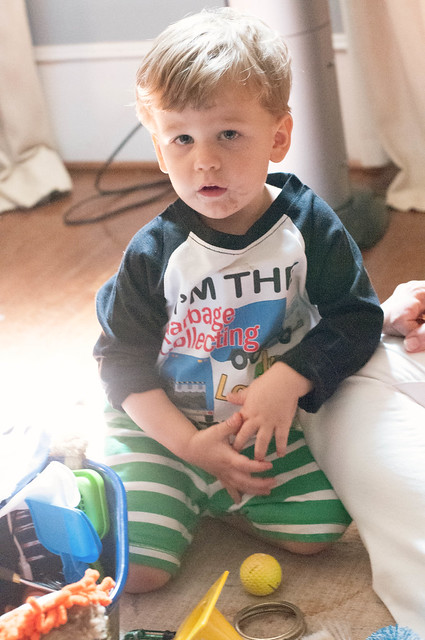 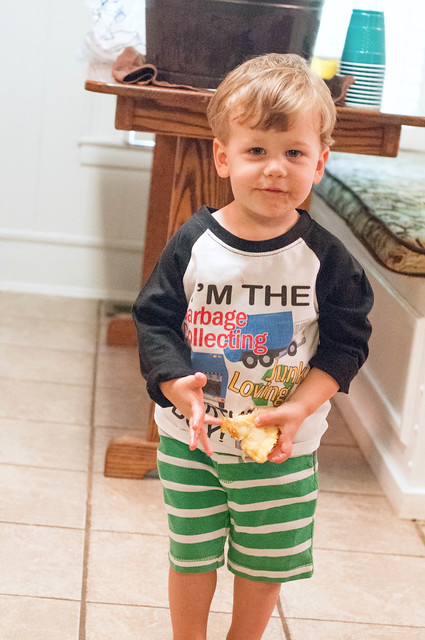 (This is him walking around mid-party snacking on a handful of quiche…and when it’s your birthday party you can do whatever you want, HA!)